An effective remedy for the treatment of problems of women’s and men’s health
This herb is known for restoring reproductive function, treating gynecological diseases, relieving pain during menstruation and normalizing hormones.

FEATURES OF USE AND COLLECTION OF HEALING HERBS
This medicinal plant is common in countries with temperate climates. Its stems, leaves and flowers are used in medicine. Grass harvesting should take place in summer or autumn: during this period, it is saturated with the maximum amount of nutrients.

Borovaya matka is considered the most effective treatment for gynecological disorders that can be caused by infections or decreased immunity, and it should also be purchased for those who are struggling with infertility. This is the main direction of application of this medicinal plant. Due to a violation of the hormonal background, the female body cannot become pregnant and bear a child, however, timely competent treatment of this problem prepares for the onset of a favorable pregnancy.

Borovaya matka is also useful for men: tea from this plant can be used to treat the bladder, get rid of cystitis, pyelonephritis, inflammation of the prostate gland, restore the activity of semen, and the price of the product depends on the manufacturer.

WHO NEEDS TO DRINK THE WINE WOMEN?
In gynecology, this plant is used to treat diseases such as vulvitis, uterine fibroma, colpitis, vaginitis, bleeding, endometriosis, polyposis, cervical erosion, obstruction of the tubes, infertility, fibroids, thrush.

In urology, grass is used to get rid of pyelonephritis, urolithiasis, cystitis, and prostatitis. In addition, it is used as an aid in the fight against mastopathy, pancreatic dysfunction and diabetes mellitus.

USEFUL PROPERTIES AND COMPOSITION OF THE WOMAN
The components contained in the plant help restore the reproductive system and improve overall well-being. Let’s consider in more detail what is included in the herb and what effect each of the elements has on the body.

These include: phytohormones, which reduce pain during menstruation, restore the nervous system, relieve tension and nervousness. During pregnancy, they have a strengthening effect, reduce the manifestations of toxicosis, normalize the production of female hormones, and are a prophylactic agent against miscarriage;
phytoestrogens, which restore the hormonal background of a woman, improve sleep, reduce sweating during hyperhidrosis, reduce symptoms associated with menopause;
arbutin and hydroquinone, which have a diuretic effect;
ascorbic acid, which strengthens the body, improves the transport of oxygen to tissues, promotes the absorption of iron and eliminates anemia, and normalizes blood pressure;
citric acid, which harmonizes the endocrine system, speeds up metabolism and helps keep yourself in good shape.
MODE OF APPLICATION
Brew one tablespoon of the herb in a glass of boiling water and keep it in a water bath for 10 minutes. Let it brew for 8 hours. Take one scoop 4 times a day.

A concentrate of nutrients from the herb can be obtained by insisting collection in vodka or oil. When choosing a method of use, consult your doctor.

IT WILL BE USEFUL:
infertility
women Health
hormonal disorders
diabetes 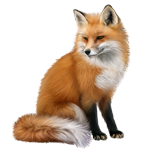 GET 10% OFF YOUR FIRST PURCHASE